How Do Exchange Rates Affect Business? 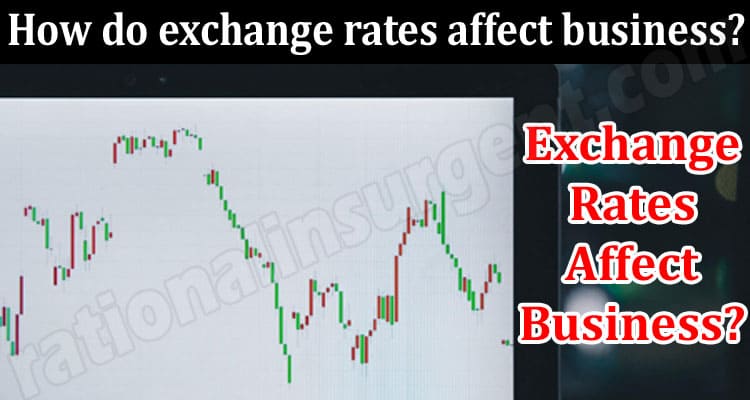 How Do Exchange Rates Affect Business: Global trade affects every aspect of our economy, from the buying and selling of services to the import and export of goods. Understanding how currency value drives that business is essential for the success of foreign trade, but it’s also crucial to the growth of local and regional markets.

The foreign exchange rate of any given currency is determined by inflation, socio-economic events, geopolitical change, and several other significant factors. There are four ways fluctuating exchange rates can influence business, and each one is discussed in greater detail below.

When currencies appreciate, their value increases in relation to other denominations. Essentially, appreciation is a sign of a healthy economy, but it can also introduce several challenges for business owners.

For example, if your local currency appreciates, products become more expensive than they were before. Increased value creates a potential problem for exporters, raising the price of goods that could be available for a lower price elsewhere.

Suppose the market does shift to products from a lower value currency. In that case, a loss of market share is inevitable, and there will be lower competition amongst local exporting companies in the future.

Importing companies benefit the most from appreciation, as the higher currency value allows them to buy products and raw goods for a lower price than before. However, if the means of production remain foreign, the currency ratio will eventually reflect the market relevance of each economy.

Depreciation is the complete opposite of appreciation. When currencies drop in value, they have become weaker than they were previously, creating opportunities for exporters but making life difficult for importers.

Ultimately, the main benefit of depreciation is a higher demand for local products. Exporters can use this interest to their advantage, setting their sights on a sector of the market that would have been inaccessible with a higher currency value.

Additionally, the original asking price for exported goods can be raised to reflect the currency devaluation. With no comparative increase in operating costs, it’s a win-win situation for local export firms.

For importers, a depreciated currency will increase the purchase cost of goods and services. In order to remain profitable, import companies have to raise their prices for local consumers, with the added drawback of facing higher competition from other suppliers who can now offer the same products for a lower price.

All international trade has to be performed via a global marketplace. This market, commonly referred to as the forex market, is a decentralized network that facilitates the buying and selling of currency pairs.

The only way to determine a currency’s value is to compare it to another, and that means that every pair is a representation of one economy’s strength against the other. It also means that any forex trade is subject to conversion fees.

Generally, these fees are regulated by central banks and other financial institutions. The percentage cost for conversion will depend on which country you’re in, the currency pair being traded, and your chosen service provider.

If they aren’t accounted for, these fees can become a significant expense and a drain on resources. However, they form a necessary component of global trade, and forex simply wouldn’t be possible without them.

Now that we’ve established the direct impact of exchange rates, it’s time to take a look at general effects that impact all businesses, regardless of whether they engage in import, export, or otherwise.

Entirely self-sufficient businesses are rare, and most have to rely on external factors to remain in operation. Factors such as fuel, food, and tourism are all influenced by exchange rates, and the results of these changes affect trade on a fundamental level.

For instance, if the average gas price goes up due to depreciation, the cost of transportation rises along with it. This drives up the transfer cost of goods and resources, which reduces the efficiency of logistics, and can even cause a business to reevaluate its supply and production lines.

Depreciation may cause fuel price hikes, but it also promotes growth in a country’s tourism sector. Tourists are happy to spend their currency when it’s worth more, and that’s why some of the poorest economies around the world often have thriving tourism industries.