Home›News›NFTs in Gaming: Is There a Need for a Model Rethink?
News

NFTs in Gaming: Is There a Need for a Model Rethink? 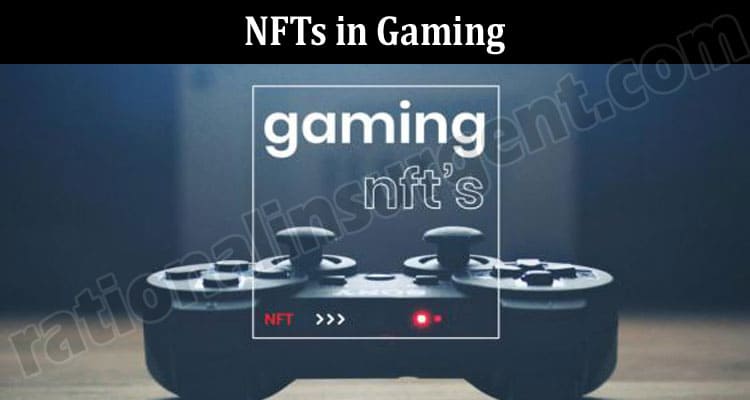 NFTs in Gaming: Throughout the year 2021, NFTs have taken charge of the internet, and there is definitely more to come from the look of things. Many people are talking about NFTs, including companies. Remember your Spotify Wrapped at the beginning of December? Of course, the word NFT was snuck into it, as they used the trending words of the year.

One of the sectors that NFTs have thrived in is the gaming sector. NFT games started in 2017 with the Cryptokitties game. This game paved the way for all other NFT games as it was widely accepted. However, as time went on, even right now, in 2021, many projects have come and gone, but at the same time, they haven’t exactly managed to break through the gaming mainstream world completely like traditional games. In this article, you’ll understand why this is happening and a possible solution.

What Mistakes are NFT Games Making?

Despite being very popular in the gaming and entertainment sector, NFT games are not reaching their full potential as they should. According to the CEO Of Electronic Arts, a top gaming platform in the industry, NFT gaming is the gaming industry’s future, but it’s quite early to make any quick decisions or discussions about them.

NFTs are making waves in the gaming world, undeniably because of their unchangeable record on the blockchain, completely handing out ownership of in-game assets to the gamers. This makes the assets more or less like a quasi “investment”.

In every genre of the gaming industry, from card games to adventure, romance, simulation, RPG, and the other genres, hundreds of NFT and blockchain games have been built to represent these genres or are in the works, preparing to take over. However, despite all of these games, there still hasn’t been a lot of games that have actually barged in and gone mainstream to convert the larger community of gamers and the gaming industry leaders at large.

There are many reasons for this unrealized potential of NFT games. One major reason is that the NFT aspect of these games is mainly driving features and not enhancing features of the actual game interface and characteristics. A lot of game developers are making the mistake of making all of the in-game assets NFTs, monetizing every single thing about these games. This makes the game all about money-making elements instead of the gameplay.

Yes, many of these games keep getting updated as time goes on. However, the potential players of these games don’t totally understand the power of NFT in-game assets in these games just yet. Even those who understand don’t want to leave the experience and fun they get from traditional mainstream games.

This explains why many mainstream gaming companies haven’t invested in the NFT and blockchain gaming world just yet. Investors hardly take a chance on something that isn’t proven to work out, so why would they bother if there’s no NFT game success?

One last thing that blockchain game developers don’t take note of is the ease of interaction with the NFT in-game assets. Many game players want to have fun and be entertained. Trading NFTs that require so many clicks isn’t exactly an exciting situation for many of these players. The lack of understanding of these blockchain game interfaces makes it all harder for average gamers to use. They really don’t want to know the technical details of these blockchain games.

So, how do these developers go about making NFT games mainstream? One important step to do this is by making the use and trading of NFTs a lot less complicated for the players to understand and use. All they want to do is truly have fun.