Home›More›Education›Why School Can Never Be A Scam : Top Reasons
Education

Why School Can Never Be A Scam : Top Reasons 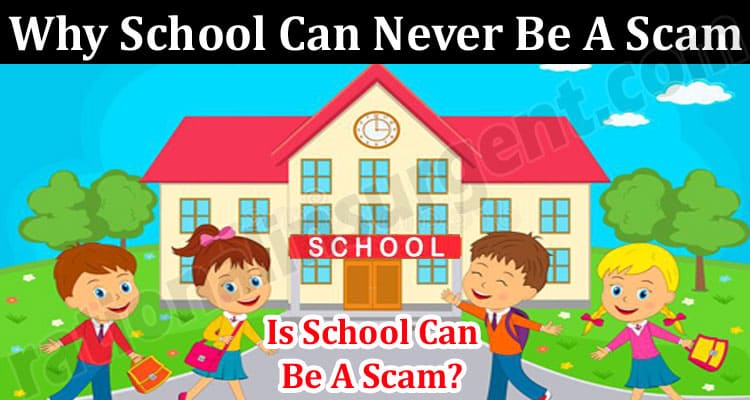 Young people today are increasingly referring to their schools as “scams,” as indicated by their first use in the 1990s. It’s a catchphrase that some people use to argue that many wealthy individuals aren’t intellectually inclined, while many graduates can hardly afford to eat. In today’s post, we’ll investigate that claim and not take a stance on either side.

Why School Can Never Be A Scam : Top Reasons

First, what is education, and how does it differ from other forms of training and instruction? To educate someone, according to the Oxford Dictionary, means receiving or providing systematic education, most commonly in a school or university.

Teaching and learning are two ways in which knowledge is passed from one person to another. That is the definition of education. Whatever our skepticism about the power of education, it has been proven time and time again that it alters a person’s outlook on life, as well as their inherent abilities and talents.

Imagine that you’ve found a valuable piece of gold or diamond that can’t be appreciated until it’s cleansed. Even if you’ve got a talent or a skill, if you don’t have the right training, you may not be able to maximize it.

It’s a big problem because most people form their opinions based on what’s going on in the lives of others. Concerns about this matter are warranted. Education is often misunderstood by the general public, who think it consists primarily of passing tests and receiving certificates.

There is no guarantee that having a degree in computer science from a respectable university would land you a job in the area if you don’t understand its principles.

Many computer scientists and engineers working for huge organizations have no formal education beyond a high school diploma. They create excellent system codes as and when they are needed.

As a result, many people are unable to find work because they lack the appropriate abilities needed to succeed in the workplace. Because of this, a number of pupils cry “school na scam.” However, in today’s educational system, going to school and not improving your skills is a swindle.

There is no way to catch up in the real world if you haven’t taken courses outside the school curriculum or read books that aren’t textbooks, Nicky Verd stated. Many people have been “programmed rather than educated,” according to the author. He couldn’t have said it any better.

Nowadays, companies are more interested in your expertise and experience than your academic credentials, so it’s critical to keep honing your skills while you’re in school.

While passing an exam or getting good grades after finishing a book doesn’t mean you’ve been educated, it does mean that you’ve used what you’ve learned in your daily life and memory.

As Albert Einstein said, “Education is what remains after one has forgotten everything one has learned in school.” This isn’t surprising. A real education, on the other hand, is imbedded into one’s brain, and anyone who has studied authentic learning acknowledges that it is a process that takes place over time.

You can’t improve your abilities, learn new things, or grow as a person without a solid academic foundation. In this case, how can education or a school (a center of education) be viewed as a scam?

Studies show that countries with more educated populations have more stable economies and lower crime rates. Additionally, studies show that women in these societies profit more from having more knowledge than those who don’t. We at MyEduScholars have been aware of the social and personal benefits of education for a long time.

The fact that we continue to shout “No!” in the face of accusations that schools are nothing but scams is a testament to the importance we place on ensuring that every young person has access to a great education.

Adolescents can now take advantage of a variety of financial aid options as they work toward certifications and honing their skills. There is no “scam” in education, and there never will be. Any government that wants to grow must invest heavily in the education of its citizens, you can check admission tips here.

How Much Does Yumi Nu Weigh {May} Find Answer In Kgs!