Home›Business›What Is Margin Trading And How Does It Work?
Business

What Is Margin Trading And How Does It Work? 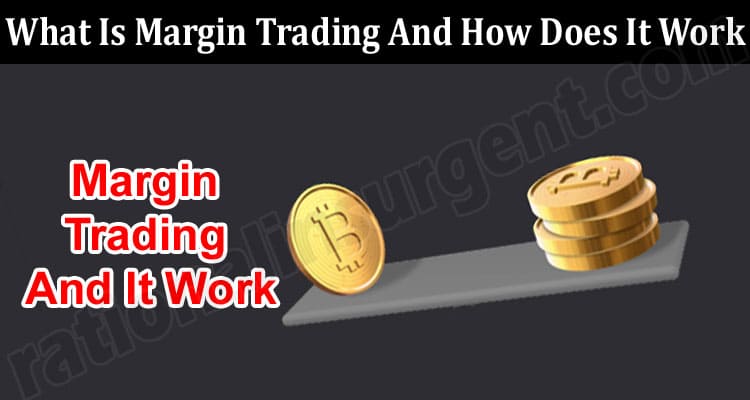 What Is Margin TradingMany ” finance experts advise you to use debt to increase your wealth, which is awful. This will be presented as a smart investing plan that will put you on the track to a high net worth by using smoke and mirrors and fancy terminology like “leverage” and “margin.” But the truth is that investing while in debt is worse than scaling a mountain without a rope. Moreover, you might want to have a source that has differences between cross margin and isolated margin explained, right?

So let’s examine what margin trading is, how it works, and why it’s among the riskiest methods to spend your hard-earned money.

Margin trading: what is it?

Purchasing stocks on margin, also known as margin trading, is taking out a loan from your brokerage firm. In simple terms, you take out a loan, spend the borrowed funds on stocks, and then pay back the loan usually with interest later. Investors can increase their returns by using leverage, such as in margin trading.

How Does Trading on Margin Work?

The simplest way to comprehend margin trading is to visualize how it may operate in the actual world.

If someone has $5,000 in cash and prefers to buy a stock that costs $100 per share, he proceeds and purchases 50 shares of that stock. When the stock price reaches $120 per share a year later, he decides to sell all of his shares for $6,000 at that time. That indicates that someone recovered his $1,000 upfront investment. That is often how stock trading operates.

But let’s go back to the start of the narrative. He might purchase 100 shares of the company he was interested in by putting down $5,000 and then borrowing another $5,000 in accordance with margin requirements. Jerry would have made $12,000 on that margin trade had he completed it and then sold all of his stocks a year later for almost the same price of $120 per share. He would have just under $2,000 in profit after paying back the $5,000 he borrowed (plus interest).

Wonderful, isn’t it? Take it slow! Keep in mind that the downside of margin trading is that although your wins are larger, so are your damages.

How Do Margin Calls Work?

Your stock could be subject to a margin call if it falls below that threshold. When the brokerage firm requests additional funds be deposited into your account to reach the minimum equity requirement, this is known as a margin call. They can sell all of your stock without your permission if you don’t do that, ending you with no interest and having left you still owing them money for the loan. It represents the worst case for a margin loan.

Margin trading is a horrible idea, therefore we won’t try to make it look good. a terrible concept. One of the most pervasive urban legends is that millionaires acquired their wealth by taking significant financial risks. Wrong,  While it’s undeniable that almost all investments carry some level of risk, millionaires manage their risk-to-reward ratios by dealing with tried-and-true investments with extensive histories of success.

Margin trading is a risky business, so it should only be practised by individuals with a high tolerance for risk and the ability to understand it. Other than that, it can be extraordinarily lucrative if done correctly.