4 of The Most Expensive NFTs Sold in Video Games Yet 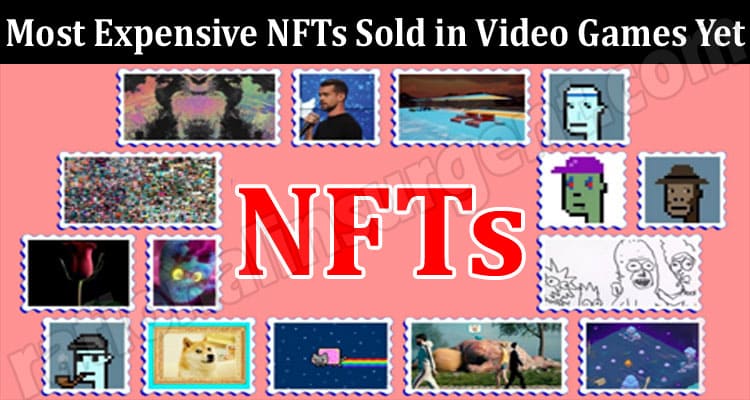 NFTs Sold in Video Games Yet: Non-Fungible Tokens, aka NFTs have gained significantly more popularity in the last three years, but they have been around for almost 9 years at this point. More importantly, though, the tokens have gained more monetary value in just a span of 2 years, than it had in the previous six. NFTs in video games are not exactly novel, of course, but the following examples show just how big the NFTs have become within the digital playground lately.

Angel is a Mystic Axie in the P2E game called Axie Infinity. While Mystics are always expensive, this particular yellow and sage Mystic called Angel was sold for $130,000 in 2020. To find other interesting P2E games, exclusive digital items, and launchpad NFT titles, keep an eye on this NFT marketplace. They have some sweet deals for Drunk Robots, MASD, and Sugar Kingdom (metaverse sandbox) going on right now.

As far as digital cars in video games are concerned, not many in-game NFTs have sold for a higher price than F1 Delta Time’s Australia Edition 2020. A whopping $430,000 was generated from its sale in early 2020, and it all went towards fighting the Australian bushfires, which were devastating the nation’s ecology at that time.

The money was divided and donated equally between the Australian Red Cross Disaster Relief and Recovery Fund, the NSW Wildlife Information, Rescue and Education Service, and the NSW Rural Fire Service Association. Unfortunately, the game is no longer playable after Animoca Brands decided to shut it down, citing a lack of interest among players in 2022.

Sorare has sold in-game NFT cards within its blockchain platform worth several million. Given that they are the world’s only blockchain soccer game with licensed digital access to FIFA’s best soccer collectibles, this should not come as a surprise though. Apparently, Sorare’s Cristiano Ronaldo 2020-21 NFT sold for $290,000 in early 2021, making it the single most expensive NFT that they have ever sold for the game.

The sale does make sense since Christiano Ronaldo earns more than $115 million in total per year, and he has the highest fan following (467+ million) ever in the history of Instagram! If anyone was going to sell a soccer game NFT for $290,000, it had to be him.

Finally, we have the most expensive in-game item ever sold in the history of NFT games ever. One look at the name of the game and you will know immediately that we are discussing a game running on decentralized currency. According to a report by the New York Post, Plot 22, 2 in Decentraland was sold for 618,000 mana (in-game cryptocurrency), which was equivalent to roughly $2.43 million at that time.

The property is located in one Decentraland’s most expensive districts, known as Fashion Street. It was bought by none other than the Metaverse Group and Facebook must be given credit for the interest that Decentraland started to receive in 2021, although the game’s popularity has declined quite a bit since then.