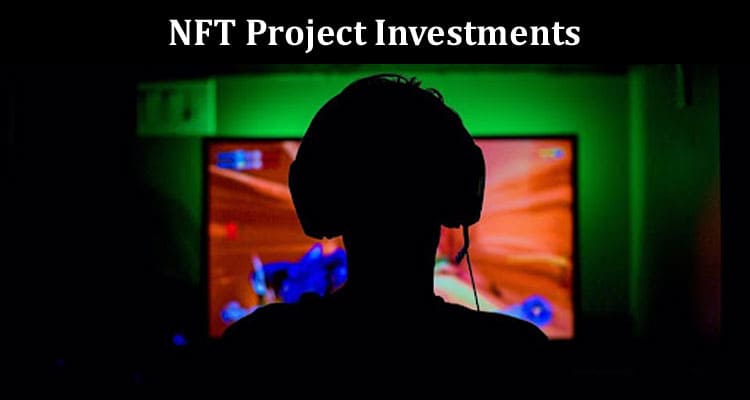 Non-fungible tokens (NFTs) have been gaining traction over the last couple of years, with countless projects emerging including artwork, gaming, real estate, and much more – even cryptocurrency exchanges allow access to NFT markets. According to Metav.rs, the net worth of the NFT market in 2021 was $41 billion, a figure that’s expected to continue growing over the coming years. Throughout this article, we’ve gathered together the best NFT projects in 2022/23.

Silks is an extremely popular NFT game that’s a huge hit amongst horseracing lovers. When you first glimpse at the Silks project, it looks like your average NFT game, but then you realize it has tied assets to the real world of horseracing. In the US, thoroughbred horses are born in their thousands, and they’re all made into digital collectibles and sold by Silk. If one of the horses wins a race in the real world, the NFT owner earns rewards.

If you’ve been around NFTs for a while, you’ll instantly recognize Cryptopunks, which were created by Larva Labs in 2017. Altogether, there were 10,000 Cryptopunk collectibles and they sold for millions, the most expensive is Cryptopunk #5822, which is owned by Deepak Thapilyal and is worth $23.58m. If you own a Cryptopunk, we recommend keeping it highly secured by using a DeFi wallet, which will allow you to trade NFTs as well.

Battle Infinity launched in August 2022 and was met with enormous hype. The metaverse game, which has a native NFT marketplace and decentralized exchange (DEX), attempts to break new ground by creating a “multiverse of metaverse”, allowing players to battle across different play-to-earn arenas. Recently, it was announced that the native coin IBAT will likely be available across centralized exchanges (CEX), which is great news.

Calvaria is a beast of a blockchain game and it has a strong community. Typically, NFT games focus on the financial ecosystem of the game, meaning the quality of NFTs takes a hit. However, Calvaria has moved past this by creating stunning artwork to represent their trading cards, which can be used to battle opponents.

Tamadoge is built using Dogecoin, as the name suggests, but it uses a native coin called TAMA to function. These adorable Tamadoge pets are purchasable NFTs that need to be raised. To evolve the pets and take care of them, players need to invest in in-game NFTS. Once your pet has evolved, you can trade your Tamadoge pets with other players, or sell the NFT externally to make a sale.

Axie Infinity smashed open the NFT gaming doors back in 2021, with the cute creatures proving extremely popular. With the native token AXS, players can buy minted NFTs, which can be used to battle other players.

The world of NFTs is very much alive, with new projects emerging every month. If you haven’t already dipped your toes, the projects outlined above are a great place to get started.